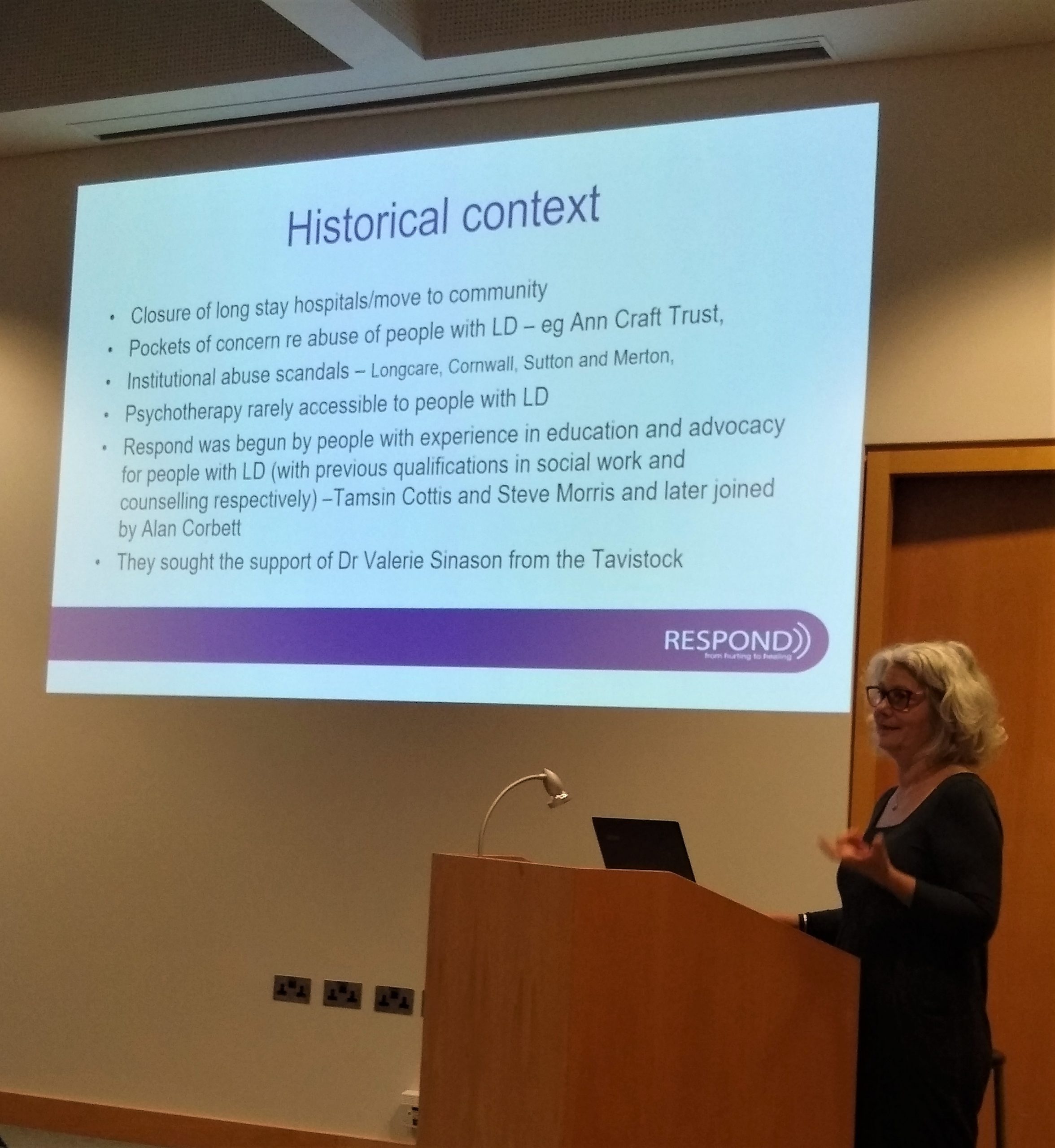 Please scroll through our story from 1991 to the present…

Respond was founded by psychotherapists Tamsin Cottis and Steve Morris who connected through their work with adults with learning disabilities who had disclosed experiences of sexual abuse.

A women’s group, based upon psychotherapy and counselling models, was funded by the Department of Health for several years.

Respond found a base in Wandsworth with One-to-One with whom they eventually amalgamated. Alan Corbett joined the organisation, sharing the role of assistant director with Tamsin whilst Steve was director.

Individual counselling and psychotherapy services were now available as a team of professionals was gradually built up, also providing supervision and consultancy.

Respond begins providing services for people with learning disabilities who were sexual offenders or at risk of offending.

Additional DoH grants for core funding and work with sexual offenders enabled Respond to move to its current base in Euston.

Appointment of Alan Corbett as director with Tamsin continuing as assistant director.

Alan Corbett moves to, and continues working in, Ireland and Richard Curen appointed as director.

Noelle Blackman and David O’Driscoll appointed as joint assistant directors and Tamsin moves across to a more leading clinical role. She leads on the development of the forensic and young people’s services and the increased provision of clinical supervision within the organisation as it expands.

Noelle leads on a new DoH funded project ‘The Elder’s Project’ which focuses on bereavement and dementia.

The Young People’s service is established.

Funding received to develop Circles of Support and Accountability (COSA).

Richard Curen continues to lead and develop the forensic services.

In Hertfordshire, we developed a six-month training programme for senior learning disability practitioners working in health and social care. This laid the foundation for our trauma informed training programmes, now delivered nationwide.

Inauguration of two annual events at our AGM in November:

Alan Corbett Award for staff who advocate on behalf of Respond.

Tamsin Cottis Annual Lecture delivered by Tamsin herself on the occasion of her retirement from Respond this year. Download a copy here.

Alan Corbett passed away in December, his legacy continues at Respond and through his articles and books at: KarnacBooks 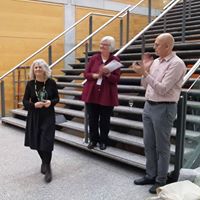 Respond was awarded the Bernard Ratigan Award for Psychoanalysis and Diversity by the British Psychoanalytic Council. Noelle accepted the award with the following words:

“We are so honoured to have had our work acknowledged in this way by BPC. For nearly three decades Respond has been providing psychotherapy and psychotherapeutically informed services to people with learning disabilities or autism often against all the odds.

Our beneficiaries so often have their emotional lives ignored and yet are more likely than others to have traumatic life experiences. As an organisation, we have often felt on the outside and rather invisible, mirroring our client group in fact. We are thrilled to have been well and truly seen and included by the BPC, it means such a lot to all of us at Respond.

Most importantly it will help change the historic view that people with learning disabilities and autism cannot make use of psychotherapy. At Respond we are proud to have been able to show clearly that they absolutely can.”

In November, our COSA service won the Howard League for Penal Reform Community Award in the ‘Restorative Approaches’ category, the judges recognising our work with “this complex and much neglected client group.” 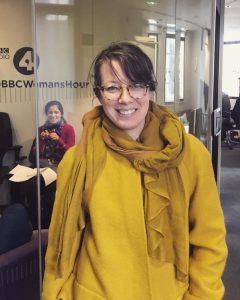 Respond was delighted to be featured on Woman's Hour on BBC Radio 4 in March 2018. Our young people's service manager, Rosie Creer, talked about our model and the difference we make to young people and their families. A parent we support spoke very movingly about her daughter and the way in which Respond has impacted on their lives.

Awarded funding from NHS England to set up a one-year pilot project in the West Midlands – our first steps to establishing Respond in the Midlands.

The Midlands hub moved to its own office in central Birmingham and continues to develop Respond’s services across the Midlands.

Find out more or adjust your settings.

This website uses cookies so that we can provide you with the best user experience possible. Cookie information is stored in your browser and performs functions such as recognising you when you return to our website and helping our team to understand which sections of the website you find most interesting and useful.

Strictly Necessary Cookie should be enabled at all times so that we can save your preferences for cookie settings.

If you disable this cookie, we will not be able to save your preferences. This means that every time you visit this website you will need to enable or disable cookies again.